Scoil Mhuire Howth held its first Eason Spelling Bee contest this week. We had 31 contestants competing for the Spelling Bee Champion.  According to our Bee Master Ms. Mc Keon and the adjudicators Ms. Nugent and Ms. O’ Donnell, the standard of spelling was very high among our fifth and sixth classes.

The school would like to congratulate Fionn, our runner-up speller and Oscar, our champion speller who ended up in the knockout round. Both pupils are in fifth class. Oscar will progress to representing our school on April 2nd at the county final. Good luck Oscar from everyone in Scoil Mhuire. Thank you and well done to all who entered. 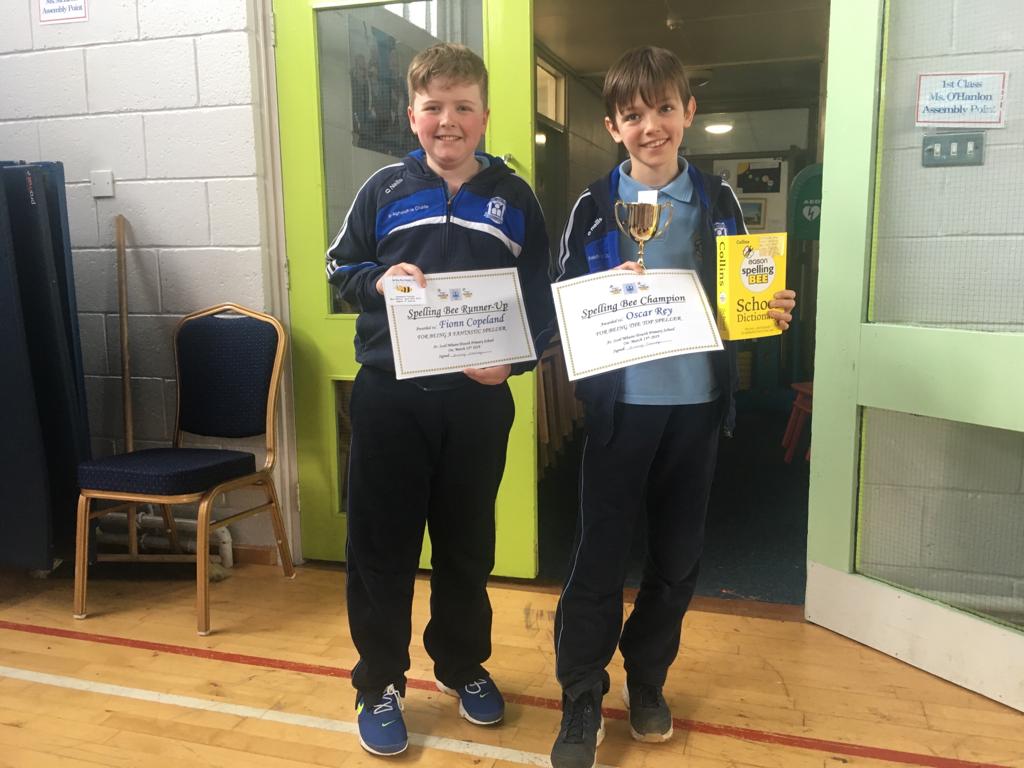